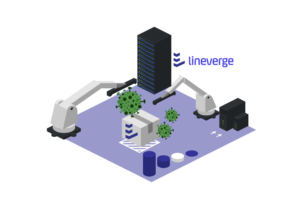 According to Forbes, 84% of companies fail at their digital transformation initiatives.

Does using more computers and iPads automatically make a company more technically advanced? In most cases, investing in the wrong technology costs more than what it can bring. What a business really needs is not decorative technologies, but one that really transforms the business from the inside out – starting from the operational details involved in everyday tasks.

System automation and artificial intelligence have been present in the industry for quite a while now, but most companies are reluctant to take the first step to make such a change – mainly due to concerns over large upfront investments, and the potential need to overturn most parts of the old system which have been ‘working’ for the past decades. Deep down we all know that a centralized and automated data system will become the industry standard in the near enough future, what companies need is a roadmap that prioritizes technical improvements without slowing down operations.

While the COVID-19 has been devastating for most, it is also a sign for change, globally. Head of Supply Chain and Transport for the World Economic Forum Margi Van Gogh has summed it up well:

“Visibility, traceability, and interoperability are essential to connect, agile and more resilient supply systems now and well beyond the immediate COVID-19 crisis.”

Supply Chain Digitisation is the foundation for a more robust informed decision-making process as it empowers companies to react more quickly to disruptive bottlenecks.

With roadblocks, factory closures, or even country lockdowns, demand and supply both became highly unpredictable.

Demand variations are amplified as they move upstream being subject to a Bullwhip effect, with each level loaded with additional risks accentuated from the abundant reliance on human staff and manual operations.

Imagine: the retailers see a drastic decrease in sales that they did not expect because the local government has just imposed a lockdown, so they need to revise their order quantity; 2 weeks later after some document checking and revision the manufacturer receives a notice for a cutdown of product quantity but they have already placed the order 3 weeks ago with the original expected amount to the material provider; another week later the raw material factory ends up with a great surplus in their warehouse because their preparations for a mass production started 5 weeks ago.

This makes it even harder for companies to react and adapt to changes agilely, especially when the number of staff is reduced which amplifies the effect of delay in replies and action plans. To alleviate the negative impacts brought by this Bullwhip effect, a robust system is needed to increase the accuracy and efficiency of the information sharing process, such that the underlying risks can become more transparent and be handled on a common basis.

Automail is one of the solutions developed by Lineverge for a worldwide apparel and footwear company headquartered in the US, targeted at solving this problem. Delivery and quality reports are generated automatically from a large pool of periodic datasets circulating between vendors and factories; KPIs are clearly visualized and indicated on dashboards with rapid updates; editing and updating information across all tables in the information database can be done all at once on the system platform. It smoothly transits the company from traditional manual updates of Excel files to automatic data processing without alienating the majority of the functions. The output connects well with other existing business procedures and accelerates progress updates and relevant decision making. What used to be long hours of tedious work for each staff member is now replaced by a simple log-in to the system platform, enabling them to cooperatively update and store information in a much smarter manner.

In other proposed solutions, they failed to target at dissolving the company’s core bottlenecks in collecting supplier inputs and generating report summaries.

It was unrealistic to implement a completely new collaboration platform without disturbing current practices or forcing most of the staff members to undergo technical training sessions.

The key to working with a big corporation of large scale is to quickly identify present pain points and propose solutions that can be rapidly deployed, alongside making actual differences in their day-to-day executions.

With Automail, all the relevant data along the supply chain is organized and displayed neatly on the system platform, business users can quickly retrieve relevant information they need to make informed decisions. Staff members used to rely on going through hundreds of files manually on a regular basis to find the pieces that they need while spotting abnormalities along the side, then proceed to notify the entire team level by level to make adjustments accordingly. Automail helps them to automate the end to end process from data logging to extracting key information, such that quality issues can be discovered early and delays of raw materials can be systematically anticipated. This in the long run saves a lot of running costs from off schedule planning and resource reallocation. 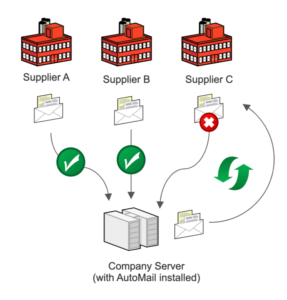 Sometimes companies do not realize that some of their products are made from raw materials processed at factories in highly affected areas (during the COVID-19 crisis) until they were reported with unfulfillable demands from their direct manufacturers.

The lack of transparent information along the supply chain makes just-in-time decisions very difficult, especially in times of unexpected challenges.

A retail store knows the amount of stock in hand, just as much as a manufacturer knows how many of each item they should produce; the same way a raw material plant knows how many ingredients they have to transport. Each of these layers has its own demand forecasts and production capacities. But such information is almost completely isolated within each stakeholder’s organization, creating barriers when attempting to follow the custody of each item across its product lifecycle. Not only does this affect their deliveries to customers’ hands, monitoring product sustainability also became a nearly impossible task.

One major function of Lineverge’s traceability platform is Automail, it acts like a robot staff who can interact with the suppliers and vendors 24/7 to collect information, to check such information, and ask for adjustment or updates – all via emails. The system automates the process of sending out request emails to all levels of the vendor tiers consequentially for material sources via questionnaires and sharing of their facility images, it also receives and consolidates all of their inputs before uploading to the system database for visualization and displays. Any logical or careless errors are detectable by the system with automatic email exchanges for follow-ups.

This greatly increases the efficiency and user-friendliness of the material tracing processes, and in turn, reducing the workload and human resources needed. Supplier certifications and their capabilities, as well as capacities, are collected, such that the system can automatically recommend suppliers for new products. The system also recursively discovers upstream suppliers across tiers to trace the origin of selected products’ material components. Ultimately, it gives better visibility and understanding of the company’s upstream supply chain to facilitate related decision making, as well as maintaining a more efficient and extensive supplier relationship chain.

It differentiates itself from other Excel-based manual logging or ‘supplier collaboration platforms’ because it eliminates the manual work involved and there is no need to re-train suppliers into adapting to using a new stranger platform in order to interact with the company. The basic principle is simply a mailing system that is direct and easy to understand for any of its receivers, while the company’s goal and business needs can be met within a few months of operation without a long warm-up period or elongated learning curve. 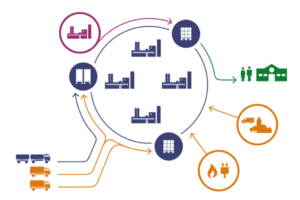 Automail is leveraged by both the material and sustainability teams. It well supports the company’s daily operations especially during times of instability, in which the amount of workload increases significantly across various departments. The need to anticipate delivery delays and quality issues became crucial to maintaining operational performances. More and more functional branches are benefiting from data automation, and it is expected that such tendencies will continue to evolve in the near future towards the progression of full automation – reducing manual labor to 0%, people will be the decision-makers and computers will do the rest of the work.

Hopefully 2020 would not be remembered in history just as a year in which humanity was suffering from a pandemic, but also as a key transition into the era of automation and advancements globally.